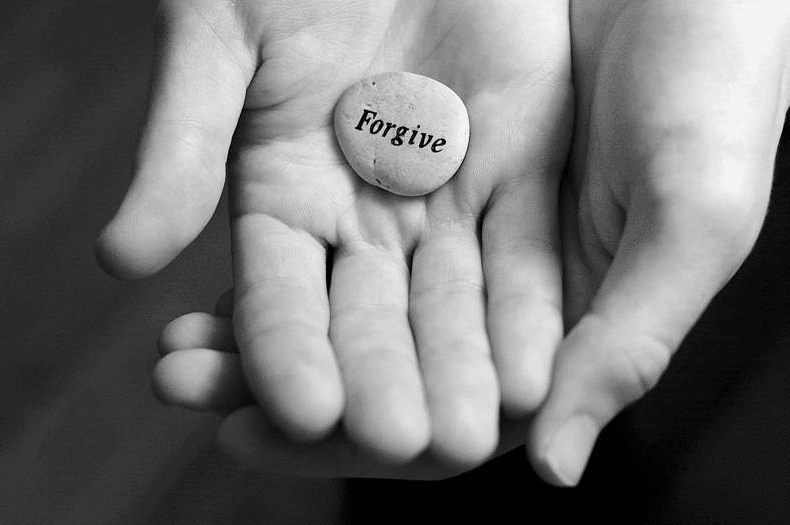 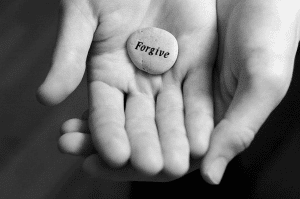 Forgiving someone is a gift you give to yourself. You give it to yourself so you will let go of the energy it takes to stay mad at someone and free that energy to be used on something more productive.

I know the pain and anger firsthand of being mistreated or worse, abused. It’s easy to stay mad at someone for a perceived injustice or act that wronged us.

It’s important to think about what you’re accomplishing by staying angry at someone. Is it going to change the situation? Is it causing harm to the other person? Is refusing to forgive accomplishing what you want to accomplish?

One of my teachers said something that stuck with me. He said “forgiving someone is like taking a few rocks out of the backpack you’re carrying.” That made a lot of sense to me.

Holding on to anger for someone or some event takes energy. Most of us have enough in our proverbial “backpack” we are carrying through life.

One of the ways I get in the mindset to forgive someone is to take one of a few perspectives about people or the situation:

Three perspectives I can take about the situation:

Someone was doing the best they could, given the circumstance

I take whatever perspective that helps me get to forgiveness quickly because I don’t see any point in holding on to the anger. I want to free up that energy.

Don’t think forgiving means forgetting or not protecting myself from future wrongs or bad behavior. In coaching we call that setting boundaries. Setting boundaries might look like forgiving someone but also limiting your exposure to them in the future.

While I understand the stance of being “done” with someone, I also see how it causes irreparable damage to families and companies. In one case, after much exploration and encouragement, I had a client reestablish collaboration with one of his most hated peers and they found that it established a strong and very productive relationship that benefitted the company. Pride set aside, forgiveness opened the door to a new and even stronger relationship.

Remember the ability to forgive is like any other muscle you can build. I think many people see holding on to anger as a source of pride or character or strength. I think learning to forgive might be the greatest act of strength in the long run.

Sometimes when you declare your readiness to forgive someone that mindset will take an ongoing and active commitment. Just saying it once may not do it. You may have to say it over and over for awhile until it feels like it has taken hold within you.

This week take inventory of anyone who you could forgive as a gift to you. Lighten your backpack and remove a few rocks and lighten your load in life!