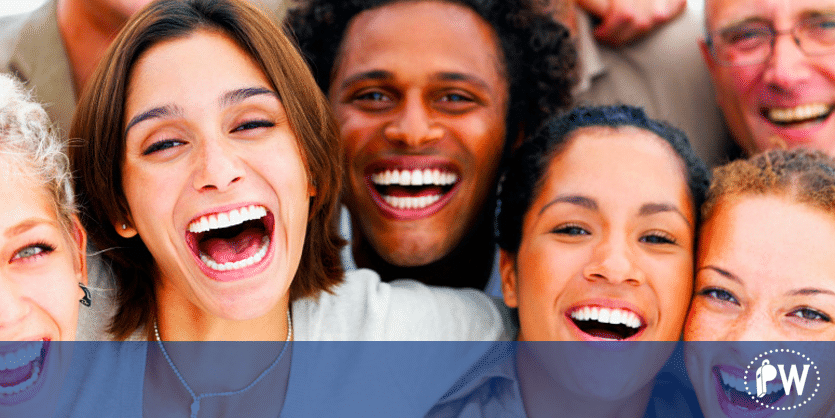 Since April is National Humor Month, I thought it might be a good time to reflect upon some of the ways I have found humor in the family businesses I’ve worked with over the past 15 years. When we look hard enough we can find humor in just about anything.

So much frustration yet so much to be grateful for!

It amazes me the amount of frustration that exists in family businesses, yet so many of the businesses are a source of financial success and security for the family.

I guess it brings truth to the saying “money can’t buy happiness,” but at the same time I encourage family members to try to balance their frustrations with a sense of gratitude for all of the positive benefits of a successful family business.

When you can develop a mindset of gratitude it can help provide you a better mood for dealing with the matters that cause frustration.

Feeling trapped yet sitting next to an open door. The feeling of being trapped is almost palpable in so many family businesses, yet there is an open door within 100 yards.

This is mostly a “story” people are telling themselves so they don’t have to take responsibility for making their own path in life.

I was totally invested in my career in my grandfather’s 80-year-old business, yet when I realized there were certain parts of the business that were causing significant personal frustration I knew I had to either put up or shut up. I did the unthinkable. I resigned my position as Vice President and told our 300 employees I needed to follow my bliss.

It was the most difficult, powerful and rewarding decision of my life. Here’s a short video of my story. Click Here for Pete’s story. My courage helps me encourage others to realize they too can leave their family business and create another business or path for themselves

Spending so much time blaming others yet failing to see their own contribution to the problem.

As a family business coach I can’t tell you how often I hear people going on and on about how the other person is such a big problem yet they conveniently seem to miss the fact that in most cases they are contributing to the problem.

Most situations are co-created by both people’s behavior. In a family those dynamics can be even more complicated. It can be helpful to do some personal reflection and explore how you are part of the problem.

Not realizing they are a lot more like their parents and other family members then they care to admit.

Like the old saying, “the apple doesn’t fall far from the tree,” many of the traits found in the family can be found in everyone to a certain degree.

I was recently working with a father and son team where the son had a whole arsenal of stories about how rigid and annoying his father could be. As I got to know the son further it became apparent he had similar behaviors with his direct reports but somehow had been missing the connection. When I called him out on it he stopped, laughed a bit and suddenly had a bit more compassion and humility about he and dad.

Not realizing the same frustrations exist in non-family firms.

I found myself, like other young up-and-coming executives, frustrated with how short a leash my boss (uncle) had me one for what I viewed as trivial decisions.

As I began coaching leaders in corporate America, I came across a leader of a significantly large division of a company. He told me about how he needed his boss’s approval on a fairly minor decision. Suddenly it hit me — my boss wasn’t just micromanaging me because of family dynamics, he was just a guy who liked the details.

The grass isn’t always greener on the other side. You can and probably will find a similar set of challenges if you leave the family business. You’d be better served to learn to face the problems where you are.

Humor is like any other muscle, you have to practice and develop it over time. When a family can start to laugh at themselves a bit it can provide just enough of the right energy to start to deal with some of the issues.

Are you battling next-generation issues, in-law drama, sibling rivalries or even health-related problems due to stress in your family business? The Landmine Detection Kit will help you identify underlying issues that eventually could create catastrophic damage to your family business. 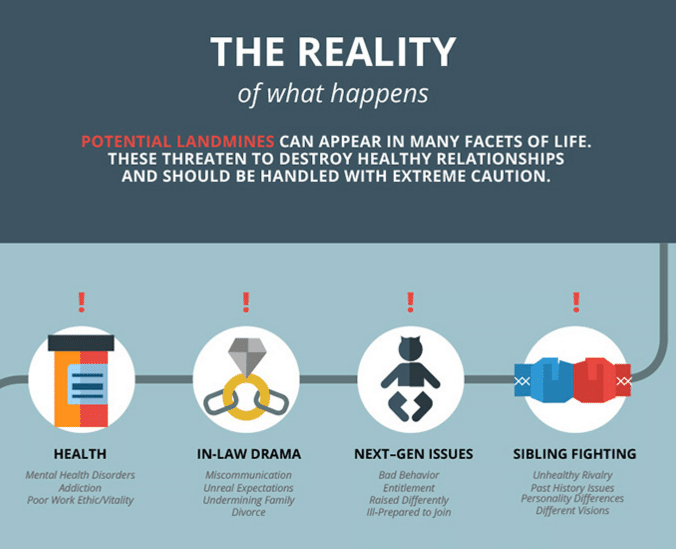